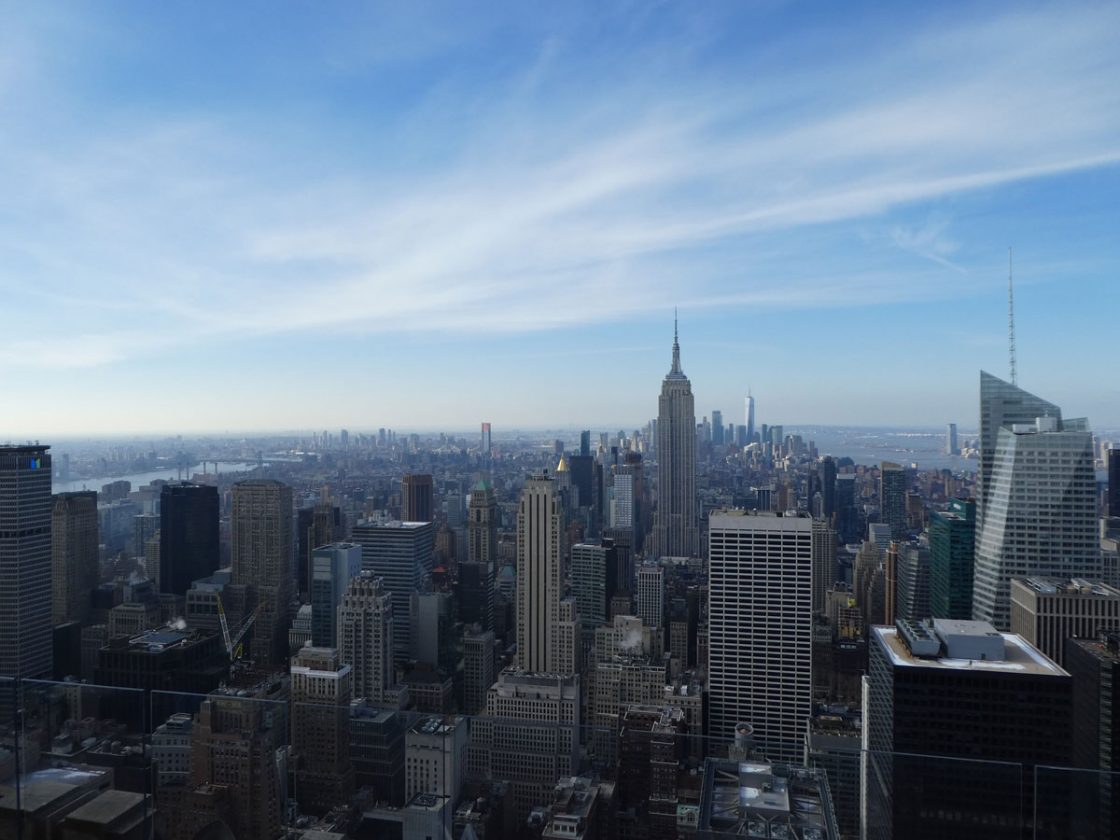 Whether you’re a true novice or already New York experienced, New York is always worth a trip because the city has so much to offer, so you will never get bored.
The program of this year’s incentive trip was correspondingly varied – the group had only 4 days/3 nights at their disposal.

The theme of the trip was “Rooftop” – on the first evening we headed by night (and during a blizzard) to the Empire State Building, the next day we visited the One World Observatory and the Top of the Rock at the Rockefeller Center. No matter from which angle – the view over Manhattan is simply breathtaking!

According to the motto, a rooftop bar was also a must: dancing on the roof terrace to “Empire State of Mind”, with a direct view to the Empire State Building and a cool drink in the hand – that’s what a New York party night must be like.
Visiting an NBA game in the famous Madison Square Garden was also a highlight – not only for the basketball enthusiasts: 20,000 excited fans, cheerleaders, hot dogs, craft beers and of course the basketball stars turned the evening into an unforgettable experience for everyone.
On day 3 we crossed the East River towards Brooklyn – and a multifaceted program followed:

Urban Art in Bushwick – in the very industrial quarter countless artistic graffities are waiting to be discovered and admired.
Brooklyn food tour – fresh cream cheese bagels with salmon from Rosenberg’s, pastrami sandwiches from Katz’s, original giant donuts, beers in New York’s oldest pub, pizza at Roberta’s, a burger from Shake Shak, ….no wish is left unfulfilled
Visiting New York’s most famous boxing club and watching locals and multiple world champions exercise
In Williamsburg, diving into a whole different New York and being caught in another world, the almost medieval world of the Satmar Jews.